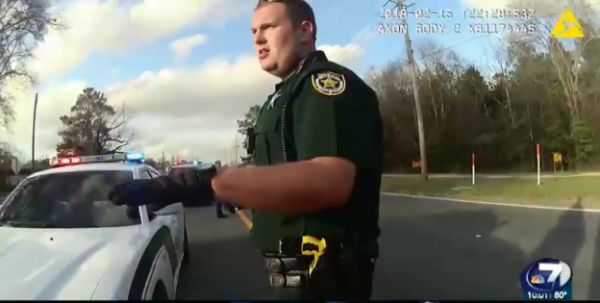 One lost custody of his daughter.

The meth seemed to appear out of thin air.

Benjamin Bowling couldn’t figure it out. He had been clean ever since his release from prison on a DUI conviction, but now a Jackson County, Fla., sheriff’s deputy was accusing him of possessing a minuscule amount of methamphetamine.

It was October 2017 and Bowling was on his way to the store to pick up diapers with his friend Shelly Smith when they saw the flashing lights swirl in the rearview mirror. He had been out of prison for less than a year, doing everything he could to get his life back on track. He passed all his drug tests. He had recently been awarded custody of his daughter. But deputy Zachary Wester was escalating a traffic stop for swerving over a white line into a search for illicit drugs.

Bowling and Smith, confident they had nothing to hide, told Wester to go ahead and search the car after he claimed to smell marijuana, assuring him he wouldn’t find any.

He emerged with meth.

Now, nearly two years after Bowling lost custody of the daughter he had just gotten back, after he was convicted of felony meth possession, he knows exactly how it got there. Wester, state investigators now say, planted it himself — and Bowling was far from the only victim.