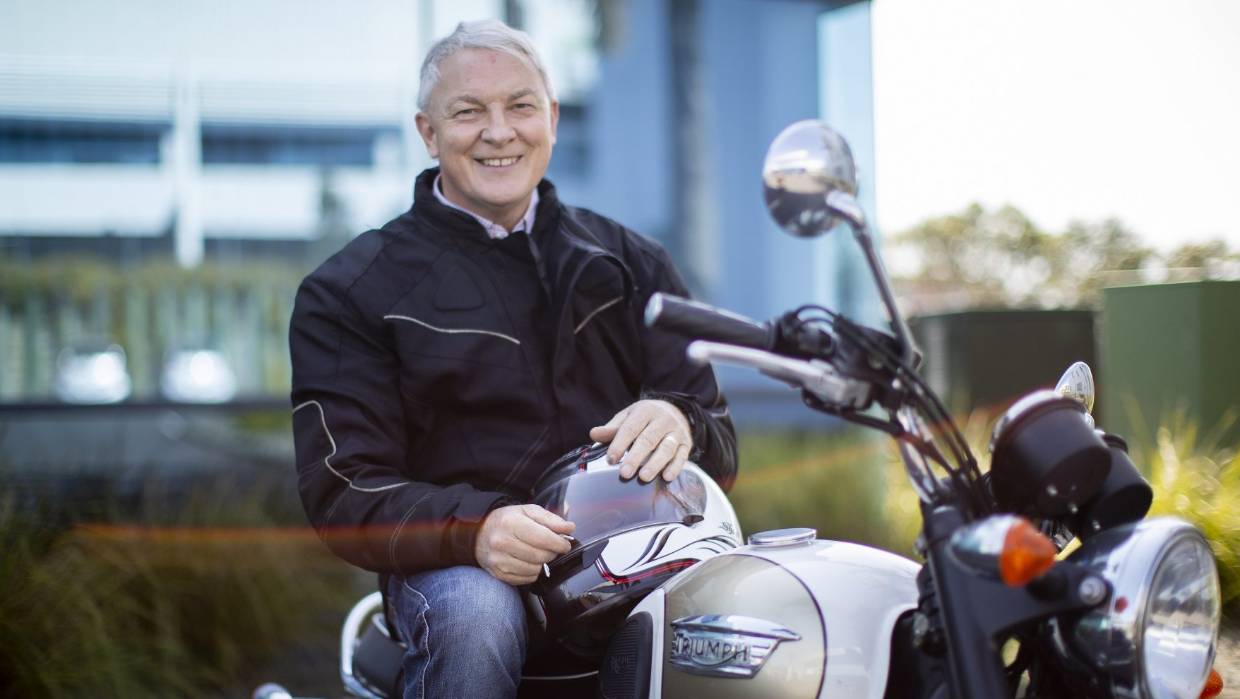 by Laine Moger from https://www.stuff.co.nz/

Auckland Mayor Phil Goff has swapped his suit for motorcycle leathers to lead motorcyclists in a rally for Ronald McDonald House Charities.

The annual ride, called the Ronnie Run, was organised by the Ulysses motorcycle club and raised just under $7000.

Goff, a keen motorcyclist, said he didn’t get to go out on his Triumph Bonneville as often as he’d like to.

So the Sunday ride was a good excuse to put his gear on and go for a ride with like-minded people, he said.

The event attracted about 140 riders, ranging from young children to people in their 80s.

It started in Albany on the North Shore and ended at Ronald McDonald House next to Starship Children’s Hospital. Police helped marshal the group along its journey.

Goff said he’d been commandeered by the group to come on a charity ride during his election campaign.

While he said he couldn’t at that stage, he promised to make the next one – a promise that he made good on on Sunday.

Ronald McDonald House Charities New Zealand (RMHC) supports families when their child is in a hospital and away from home.

The Ronald McDonald House and Ronald McDonald Family Room helps to relieve family stresses like paying for a place to sleep near the hospital, organising family meals and needing a friendly ear to listen on tough days.

In 2018, it provided more than 4300 people with accommodation and support free of charge at its facilities.

“For all of us with kids and grandkids, the worst thing you would want to have happen would be to have them affected by a life-threatening illness,” Goff said.

“[RMHC] is one way in which we can stop the stress of families.”