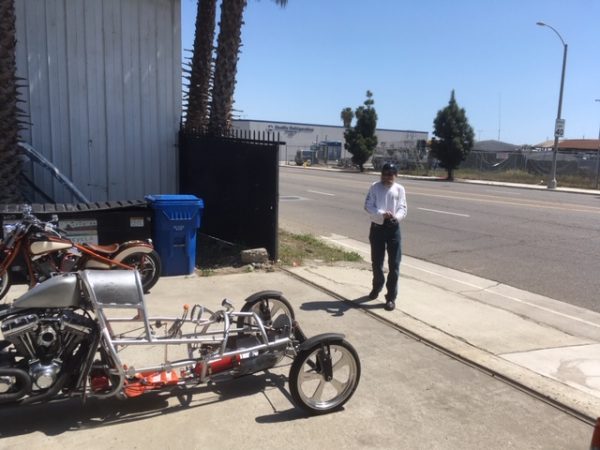 We had a tough day today. The weather was clear and the roads around the Port of Los Angeles empty as we rolled the Salt Torpedo out of the shop.

I was supposed to be a final test run to determine whether the ignition stumble we discovered in the desert was remedied. We had also experienced a slight shimmy in the handling, so I added more rake for more stability. 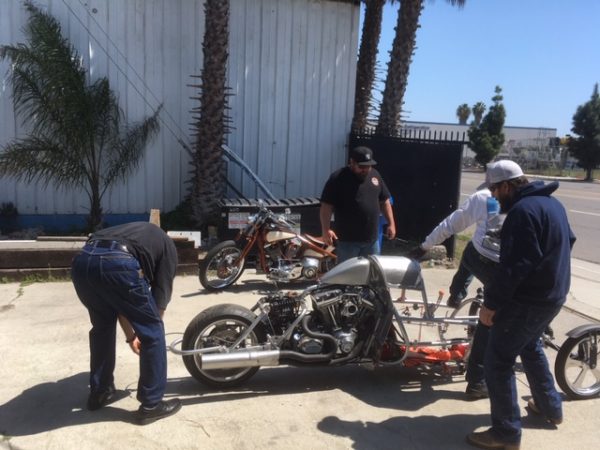 Today before taking it off the lift we needed to adjust the toe-in and we did. With everything tightened we were ready for a final test run before installing the painted body work and preparations to haul ass to Bonneville. All seemed to be good to go as the Torpedo fired to life and Micah dropped the clutch.

He recently discovered that he had another son, Eddie, who runs E2 Metal Works in Bakersfield, with his wife, Emilia. His business is all about CNC Plasma Metal Design and fabrication. Today, Micah arrived with his new son Eddie and his pal, Mike. We immediately set to work prepping for a pass down the street, which has its pitfalls.

It’s a city street complete with cops, and we aren’t prepped for papers, plates or registration. The torpedo has no lights, no turn-signals, you name it. But since the virus has attacked our lives, the streets were void of traffic, especially on a Sunday as I asked Micah to take it easy and test the handling first.

There’s something about the Salt Torpedo that brings out the speed in a man. As soon as he caught a gear he nailed it and felt the rear tire break loose as it acted like a rocket ship that wants to fly into the next atmosphere. Unfortunately that didn’t happen today. He reached the second block at about 80 and attempted to turn. 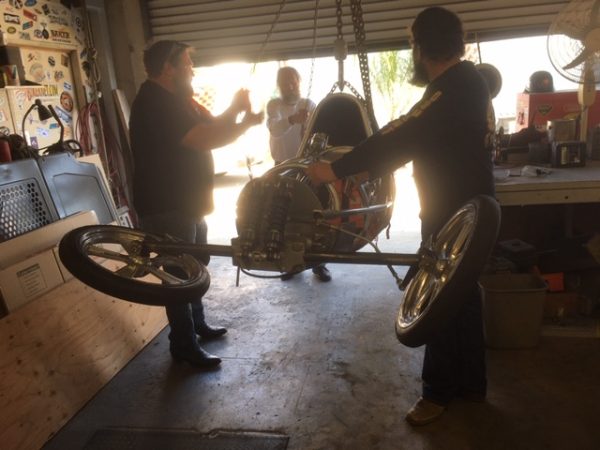 This puppy was designed to go straight, and I had added more rake to the dragster front end, almost 15 degrees. It wanted to go straight in the worst way. We’re not sure what happened, but he hit a curb and it flipped the torpedo. He was unhurt, but we lost the front axle and perhaps both front wheels. We’ll bring you a full report in the very near future.–Bandit