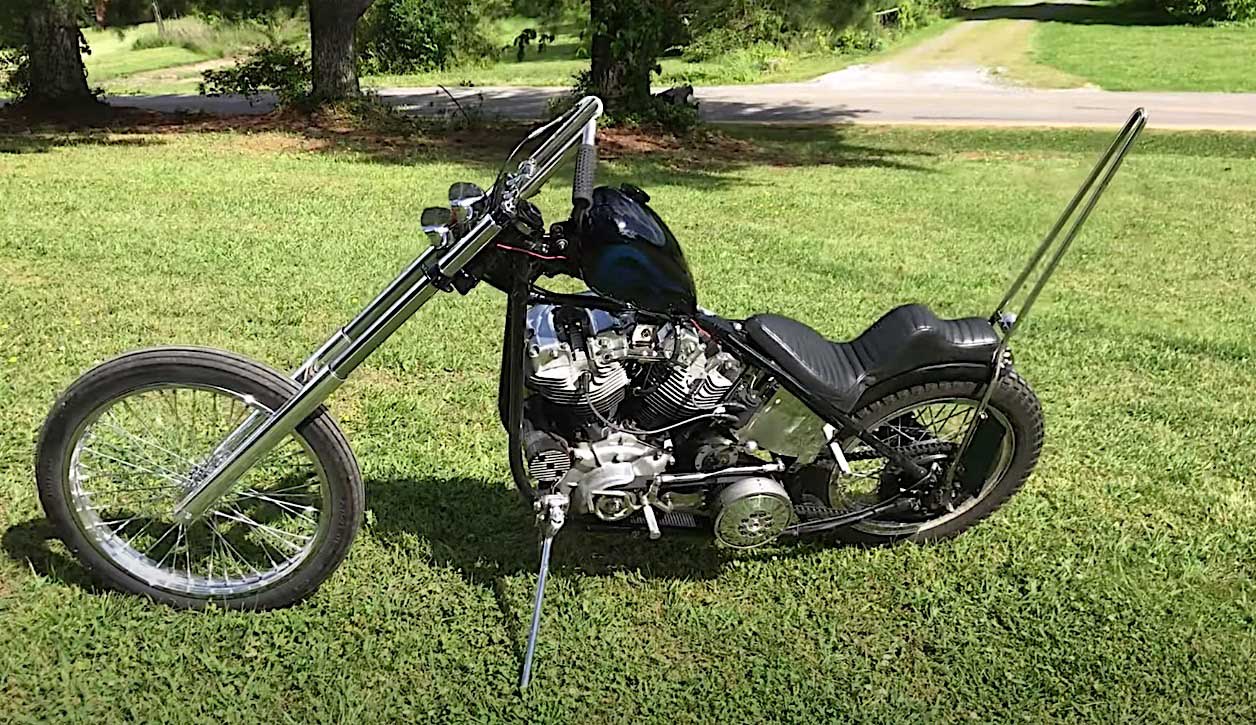 Given all the lockdowns and social distancing measures ordered in place for most of the year, motorcycle shows got canceled or postponed just like everything else. Trying to save face and give custom shops across America a means to vent off steam, Harley-Davidson created The No Show event back in June.

Held online on Instagram and Youtube, it was the perfect opportunity for some 60 builders from 10 countries to show their latest or best creations, builds that would have otherwise risked sinking into oblivion in 2020.

As you might expect, most of the shops taking part tried their best to advocate the projects being presented, describing in detail and at times using big words the two-wheelers we were seeing. But not Tennessee-resident Rusty Perkins, the man behind this here 1968 Shovelhead.

If you thought the title of this piece is some personal opinion on the build, you were wrong. These are the words the builder himself uses to describe the motorcycle: “nothing real special about it, simple, the way I like ‘em.”

And that statement pretty much sums up the American custom motorcycle scene: a great two-wheeler is not what the onlooker wants or expects, but what the builder/owner thinks it’s right.

As all the others in the series, Perkins was given a little over two minutes to present his bike. He uses most of them to give us a seemingly bored rundown of the motorcycle (available in the video below), without actually saying anything about it.

He does reveal the bike was built over a long period of time, using what is described as a “messed-up Shovelhead frame” as a starting point. Slowly, the project was gifted with an engine, the proper wheels a chopper should have, a peanut tank with some flame graphics no one can see without really looking, and a custom exhaust system to die for.