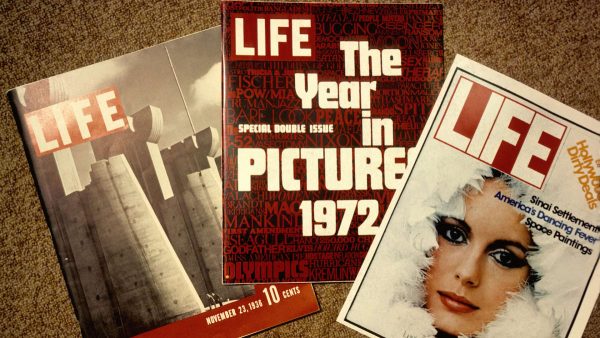 On November 23, 1936, the first issue of the pictorial magazine Life is published, featuring a cover photo of the Fort Peck Dam’s spillway by Margaret Bourke-White.

Life actually had its start earlier in the 20th century as a different kind of magazine: a weekly humor publication, not unlike today’s The New Yorker in its use of tart cartoons, humorous pieces and cultural reporting. When the original Life folded during the Great Depression, the influential American publisher Henry Luce bought the name and re-launched the magazine as a picture-based periodical on this day in 1936. By this time, Luce had already enjoyed great success as the publisher of Time, a weekly news magazine.

–from the History Channel